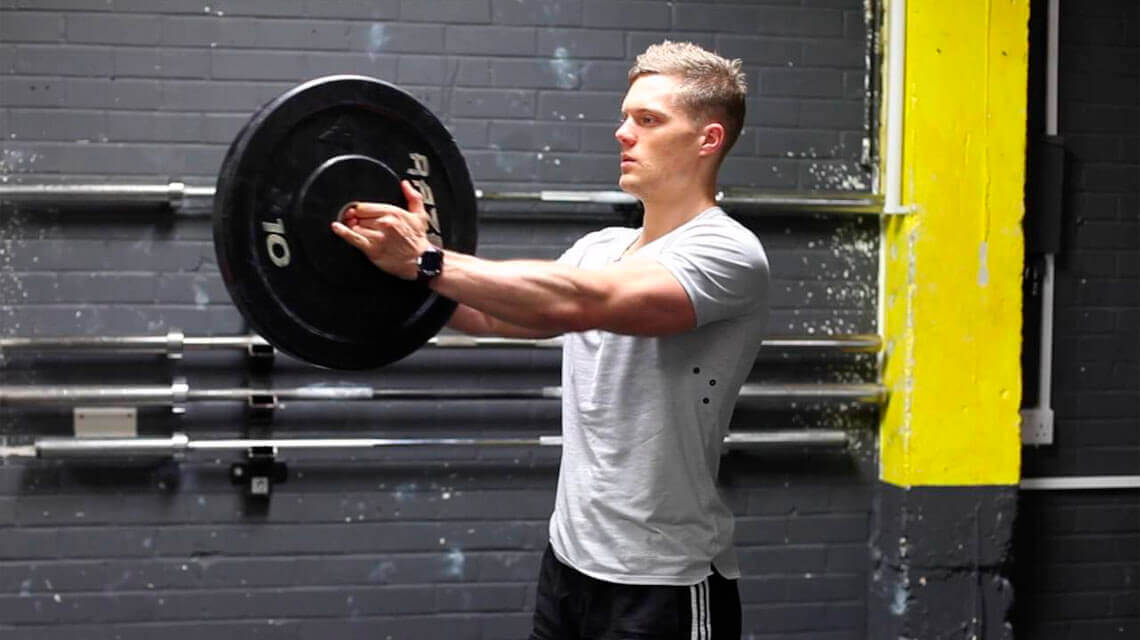 Agree that it is rather cool when we add the name of a bodybuilder when talking about given move. When you share your training arsenal with a friend such exercises like Zottman Curl or Gironda Sternum Chinup would inevitably add some kind of respect from your gym mates.

Moreover, the lion part of exercises named after athletes are almost forgotten by today's bodybuilders as long as all of them have to be done using free weights.

Here we present you our top 10 moves which you ought to try next time in the gym.

Once in the gym, Arnold drew attention to the asymmetry of his shoulders. “Disorder,” he thought, probably, and included this press as a must-have on every workout session.

Pay attention to the Schwarzenegger's hefty deltoid muscles in the film "Conan the Barbarian": here they are, the results of the long and stubborn Arnold presses performed by Arnie himself. Maybe that's why he won his first Mr. Olympia at age 20.

Jefferson squat is a special type of squatting when an athlete holds the barbell between his legs. Thus, the thigh muscles are pumped and depending on the grip. You can change the load on the left or right leg. Many modern bodybuilders call this exercise their secret weapon.

Another strange press invented by weightlifter Jim Bradford. You can do this exercise while standing or sitting. If you want not only the deltoid muscles but also the triceps to work, straighten your arms in the upper phase to the limit. Put the barbell on your chest, then press it over your head and down over your head. From this position again raise it over the neck and put it back onto the chest.

If you want to pump your biceps properly, your favorite exercise should be Zottman curls. This move was invented in the XIX century by the famous American strongman Georg Zottman.

Georg himself never skipped this exercises. According to Zottman, he did it regularly what was actually the secret of his beastly grip strength.

This move enjoys great success in the world of bodybuilding, due to the fact it recruits quadriceps with monstrous efficiency.

Scott curls aren't so forgotten as the previous exercises. However, it is hard to seek the one who can name this move right. Usually, we call it Biceps Bench Curl, but initially, this kind of bench was invented by Larry Scott, bodybuilder, who has pumped his arms to incredible size with the help of these curls.

Physical therapist John Pallof has rehabbed and trained a variety of top Olympic and professional athletes, like Lee Stempniak of the Carolina Hurricanes and Travis Stevens of USA Judo. His own anti-rotation core exercise can be applied in a rehab, prehab, or performance setting. The payoff is a stronger, more stable core.

Powerlifter J.M. Blakely, know for gaining and then shedding 100 pounds before the stage, invented an exercise which technique lies between bench press and close-grip bench press. So if you know how to do one of them, it would be easy for you to learn the new press. Just acknowledge that this move has helped many big-time benchers increase their poundage.

Norwegian strongman and winner of World’s Strongest Man in 2001, Svend Karlsen, was a real tough guy. Perhaps his initial plan wasn't to invent something new to hit his plateau, he just rocked the pectoral muscles, squeezing two disks from the barbell in front of him.

Despite being performed with light weight, this auxiliary move elicits a massive amount of tension on the chest, for bigger, and more resilient pecs.

Vince Gironda AKA “the Iron Guru,” had the ability to train such stars like the first-ever Mr. Olympia, Larry Scott, and Hollywood stars like Denzel Washington and Cher. No doubts that exercises he invented for them were rather efficient.

The most popular was the modified kind of pull up. Gironda was ahead of his time in nutrition and training methods, and his spin on the chinup, which increases the range of motion, is still practiced today.