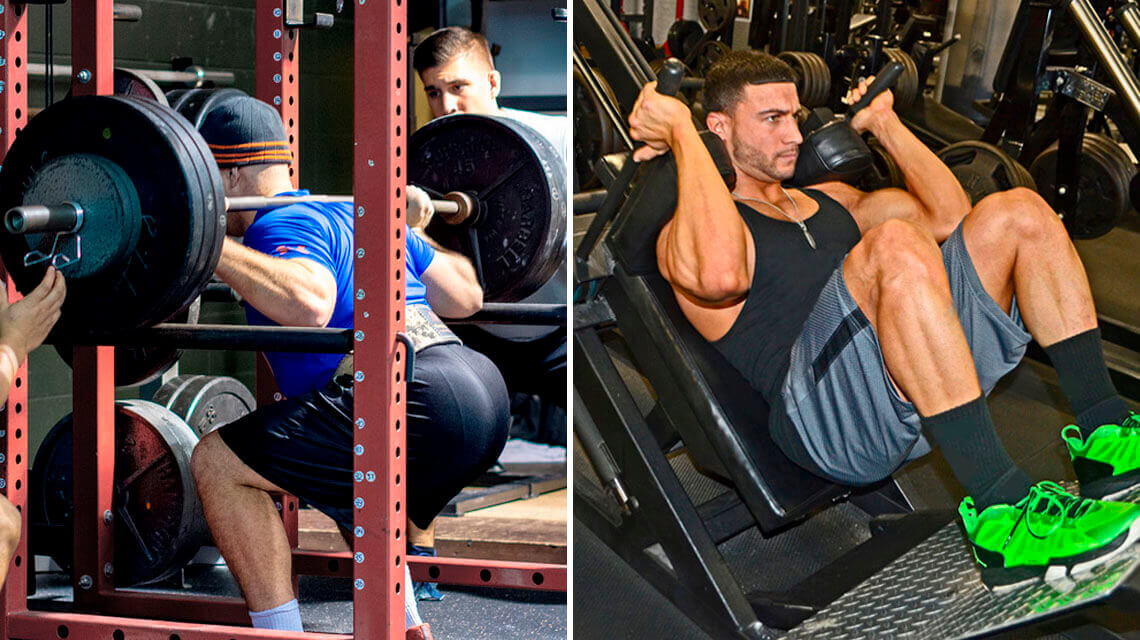 "Machines are for girls. You need the difficulty of free weights to grow. Squats, bench presses, and deadlifts," perhaps every one of us heard this words since walking into a gym for the first time.

From that time fitness fanatics wondered what is really better: to do squats under the barbell or to use Hack machine?

When we turn our view to "The Education of a Bodybuilder" we can see the next: Arnold Schwarzenegger wrote about his training philosophy where he used not only squats but also leg presses and hamstring curls to blast his legs. The Austrian Oak machine-curled to develop his guns and performed flyes to build his enormous chest.

Arnold has opened us the world of isolation, the mind-muscle connection and how to build muscle through tension.

That were the times when the majority of gyms consisted of free weights, and only a small section was devoted to machines. Maybe this factor impacted the minds of brutal guys who now claim that machines are from the devil.

Things in the fitness world have changed. Walk through an aisle of any of today's modern facilities, and it is like entering a showroom of a Mercedes-Benz dealership. Apart from the usual stack of weights, there is ample space dedicated to sleek workstations where you can follow a machine-centric regimen without ever having to pick up a barbell again.

Now looking at Arnold pumping iron at Gold's Gym Venice you will see him using only machines.

According to the Muscle Evolution, exercise scientists say there is potential for injury in any workout. The key is to find the weak links and then exercise to fortify them to prevent injuries of which the most common ones are rotator-cuff problems, knee issues, and lower-back pain.

At the same time, machine manufacturers would argue that shear forces exist in all exercises. Machines, they say, are more convenient and safer.

To add, they only allow you to move in one direction which makes it easier to lift heavier weights when you target specific muscle groups.

Pro-machine advocates argue you can strengthen muscles one at a time – in isolation – and the only way you can target a specific weakness is to isolate a joint. Free weight exercises, on the other hand, is an excellent choice to strengthen total-body movements and improve coordination between the various muscle groups.

Referring, to the expertise of one of the greatest athlete nowadays, Mr. Olympia contender Mamdouh Elssbiay, otherwise known as Big Ramy, he prefers machines because he can feel the muscle contraction more than when he trains with free weights.

“I like to hold the weight and control it on the way down,” says the mass monster.

Another IFBB Pro bodybuilder who gets his shape for Mr. Olympia contest by using machines is Dexter Jackson.

In his early years as a competitor "The Blade" built muscle size with basic free weight movements, but his focus recently shifted to machine-based training.

“I still go heavy, but I am a lot smarter about when I go heavy and on which movements. I can load up a machine with plenty of resistance and still stimulate the muscle. I don’t care how much weight I am using on anything in the gym as long as it is stimulating the muscle as I want it to,” says Jackson.

“If I can’t get that feeling, I use a little less weight.” For the 2008 Mr. Olympia winner, staleness in training is one of the silent killers of muscle gains. “A lot of bodybuilders think machines are useless, but I get a great feeling with things like dip machines and the one-arm curl with your biceps up high,” says Dexter, who, to recall, has won more professional bodybuilding titles than any bodybuilder.

“Free weights, cables and machines can all contribute to growth.”

Biomechanics researcher Brett Contreras believes the debate between machines versus free weights is a legitimate one. “If you compare squats to leg presses, leg extensions or leg curls, of course, squats come out ahead for most purposes. However, if you compare squats to a lever machine squat, then that is a different story. They are very similar in muscle activation and joint movements, but the machine is a bit more stable than the free-weight version which could be an advantage or a disadvantage depending on how you look at it!”

So, there is no clear answer to which one is really better since we all have different goals. Someone goes to the gym to feel the heavy barbell on his back, while another athlete prefers working out in comfortable conditions for his joints and muscles.

The only thing you should remember is to keep proper technique in any exercise because since you do squats correctly, injuries won't disturb you. In evidence, there would be no difference in what to use: barbell or a machine.