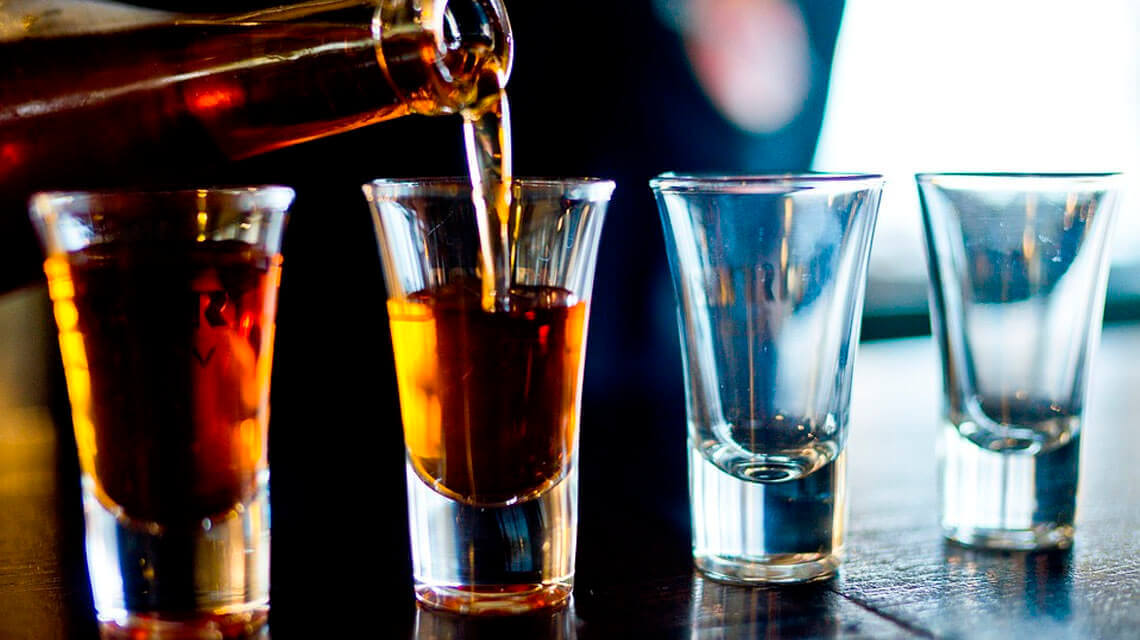 The question about alcohol drinking while having some body goals is quite reasonable. Some rookie athletes wonder if they ought to give it up until there will be a desirable figure on their weights or it is okay to drink it in small doses.

Misconceptions about alcohol and muscle tissue appear every day due to several reasons. The web is full of mixed messages about it: moderate amounts have been linked to health benefits. Others claim the health effects of alcohol vary between individuals and depend on the amount and type of alcohol consumed.

So where is the truth?

Alcohol or alcoholic beverages are internal solutions that contain ethanol. Alcohol is a psychotropic substance that has a depressant effect on the central nervous system.

The production and use of alcohol has a deep history and is widespread in many cultures of human civilization. In many societies, the consumption of alcoholic beverages is an important part of the certain family and social events.

Compared to other alcohols, ethanol has relatively lower toxicity, while having a significant psychoactive effect. Currently, the conditionally positive effects of alcohol on the human body and certainly negative ones have been identified. However, this article will only examine in detail the impact of alcohol on muscles and bodybuilding results.

Every athlete should always remember that alcohol in any quantities and in any form has a negative effect on muscle growth and strength in bodybuilding.

In support of the above theses, we present the physiological mechanisms of the effect of alcohol on the muscles linked to scientific studies.

According to Montclair State University Counseling and Psychological Services, protein synthesis is the process of reuniting amino acids in a specific sequence. Alcohol consumption in moderation slows down this process by about 20%, due to the release of the catabolic hormone cortisol.

Moreover, there was a study conducted by Valimaki in which eight healthy men were tested after a single dose of a significant (1.75 g / kg body weight) dose of alcohol. Scientists have found a significant decrease in testosterone levels and an increase in cortisol levels during the day after drinking alcohol.

In another study, it was shown that alcohol inhibits muscle growth by suppressing the secretion of insulin-like growth factor GF-I and growth hormone. Their level decreases during the next two days by an average of 70%.

This process occurs for several reasons. First, the number of proteins that bind testosterone increases. Secondly, the conversion of testosterone to estrogen is accelerated. Third, some alcoholic beverages (mainly beer) contain estrogen-like substances. Fourth, alcohol and its metabolites are able to stimulate estrogen receptors themselves.

Alcohol metabolism is accompanied by an intense excretion of fluid by the kidneys, which leads to dehydration. At the same time, it is known that water plays an important role in building muscles, and muscle growth stops with its lack. In severe cases, the destruction of muscles begins. Even drinks with low alcohol content (4%) can damage the muscles and reduce the rate of recovery, due to dehydration.

5. Alcohol consumption leads to depletion of vitamins and minerals.

When alcohol is consumed, there is a deficiency of vitamin A, C, almost all B vitamins, calcium, zinc, and phosphates. These vitamins and minerals play an important role in bodybuilding since they are all required for building muscles and synthesizing endogenous anabolic hormones.

Alcohol is a high-calorie compound, 1 g contains 7 calories, which is more than that of protein and carbohydrates. In addition, alcohol violates the function of the Krebs cycle, which plays an important role in the destruction of fats. A study by the American Journal of Clinical Research found that 24 grams of alcohol can reduce fat oxidation by 73%. Thus, most of the energy of alcohol will turn into fats. Another cause of increased fat formation is increased appetite under the influence of alcohol.

Alcohol consumption causes sleep disturbance, disrupting the sequence of its fast and slow phases, as a result of which the restorative effect of sleep on muscles is reduced.

8. Alcohol leads to malfunction of mitochondria and an increase in mutations in the body.

Doctors from the Thomas Jefferson University concluded that the Mfn1 gene is to blame for the muscle weakness inherent in people suffering from alcoholism in their publication in the Journal of Cell of Biology, that this gene does not produce enough energy.

New knowledge will help in the development of drugs for the treatment of alcoholic muscle weakness. And it can also become the basis for new therapies for other serious neuromuscular diseases. Scientists believe that most of our conditions are associated with an imbalance in the work of mitochondria. And this work, in turn, depends on nutrition. And it is not surprising that alcohol leads to disruptions of mitochondria.

California scientists have found that the fusion of two mitochondria occurs in order to actively protect against mutations that cause, among other things, a whole class of neuromuscular diseases. If the merge does not happen, protection against mutations stops working.

Doctors from Thomas Jefferson University found out that the Mfn1 gene is responsible for gluing mitochondria in muscles. In half of the mice that were given alcohol, the work of this gene was reduced by 50%, and this occurred simultaneously with a decrease in the ability of mitochondria to unite. When alcohol was ceased to be given to mice, and the normal work of the gene was restored, then the adaptive function of mitochondria was activated.

Moderate alcohol consumption of at least five servings (one conditional serving - 360 ml of light beer or 150 ml of dry wine or 45 ml of whiskey, vodka or another strong drink) every week is associated with lower sperm quality in healthy young men, according to a study published in the online journal BMJ Open.

The authors observed more than 1,200 Danes aged 18–28 years who underwent a thorough medical examination before being called up for military service.

Scientists have found that drinking alcohol, even in large doses on the eve of taking a sample of sperm, did not significantly affect the viability and motility of sperm. 1-2-fold consumption of alcoholic beverages in large quantities did not have this effect during the month preceding the sperm test.

However, the daily consumption of alcoholic beverages in moderate doses throughout each day of the week preceding the study had a pronounced negative effect on both the quality of sperm and the level of sex hormones in the blood.

The sperm quality was influenced by the consumption of even 6-7 conditioned portions of alcohol.

11. Adolescent alcohol consumption is associated with a decrease in brain gray matter.

12. Affects the cognitive abilities of the brain.

Researchers at the University of Oxford in London argue that even moderate alcohol consumption affects cognitive functions of the brain. In another study, conducted by a group of scientists from the University of Texas at Galveston (USA), it was demonstrated that chronic alcohol consumption killed most brain stem cells and reduced the production and development of new nerve cells. It was also found that the effects of repeated consumption of alcohol differed by region of the brain. So, the most susceptible to alcohol was one of the two parts of the brain, where nerve cells are created. However, during the experiment in female mice, there was a more pronounced deficit of new nerve cells than in men.

The study of Parr EB, Camera DM in 2014 made it possible to accurately determine the degree of the influence of alcohol on athletic performance and muscle growth. Scientists have concluded that drinking alcohol after exercise reduces the rate of protein synthesis and inhibits muscle recovery.

The subjects were healthy young men who needed to perform three different workouts: strength, cyclical endurance (30 minutes) and interval (10 x 30 sec) with 2-week rest breaks between each. After each training session, the subjects received a different diet:

Using muscle biopsy and a blood test, researchers found that alcohol inhibits muscle protein synthesis by 24% and 37% in groups 3 and 4 who received alcohol compared to the control group 2. Thus, it becomes clear that alcohol significantly inhibits anabolic and restorative processes after training. The alleged mechanisms of disorders are oxidative stress and inflammation, as well as impaired homeostasis of the endoplasmic reticulum.

It should be noted that the intake of protein not only increased protein synthesis but also contributed to the more rapid elimination of alcohol from the body.

Muscle Madness Updated a year ago