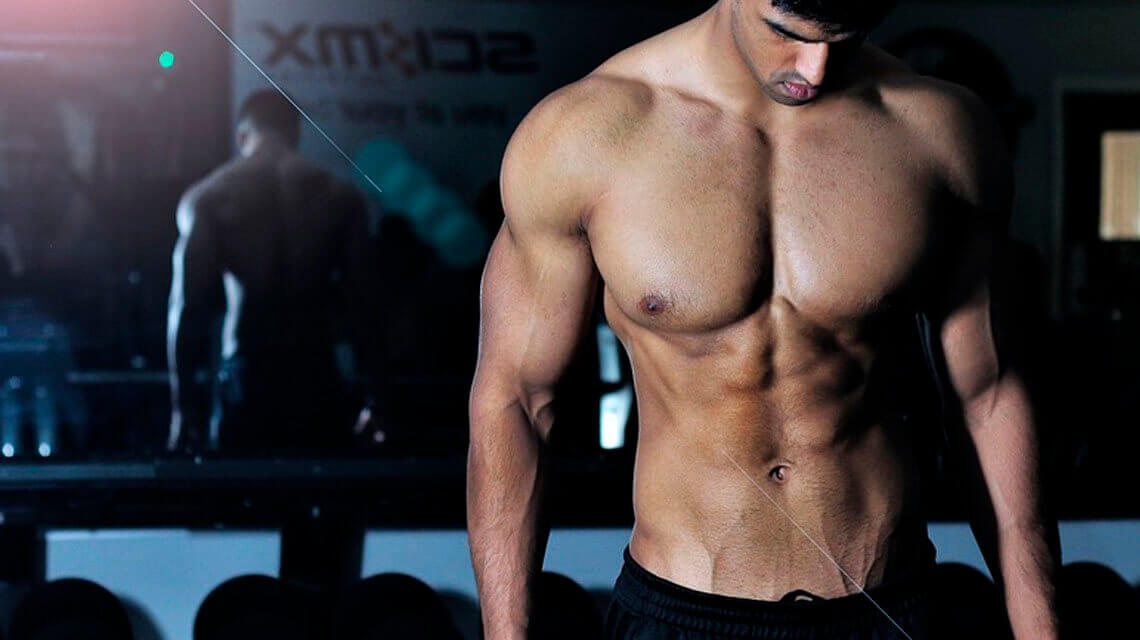 The ketogenic diet is a high-fat, moderate-protein, low-carbohydrate diet, which contributes to an increase in the concentration of ketone bodies and beta-hydroxybutyrate (beta-hydroxybutyric acid) in the body. This type of diet has not been sufficiently studied. However, today there is some evidence on the use of the ketogenic diet among people involved in strength training.

Some bodybuilders, in preparation for competitions, follow a ketogenic diet to reduce the percentage of body fat.

Researchers at James Cook University in Queensland, Australia, have found that the ketogenic diet used to fight against epilepsy in children since the 1920s is effective in the fight against schizophrenia. With such a diet rich in fats and poor in carbohydrates, the body begins to use ketone bodies, which are a product of fat metabolism, as an energy source.

Another study conducted by Sawyer and colleagues observed a group of athletes on a ketogenic diet for one week (the proportion of carbohydrates in the total daily diet was 5.4%). They noted a slight decrease in body fat mass among female bodybuilders, as well as a slight increase in strength and power indices both among women and men.

Nevertheless, according to the results of this experiment, it is difficult to draw unambiguous conclusions about the benefits of the ketogenic diet, due to its short duration, as well as a very free interpretation of the diet itself. In addition to reducing the total amount of carbohydrates and increasing the amount of fat, the diet used during this experiment suggested a decrease in total calories by 381 Kcal per day, as well as an increase in protein consumption by 56 g per day compared to the normal diet of the subjects.

Thus, it is difficult to determine what was the main factor in improving the training indices and body structure - low carbohydrate content, coupled with high-fat content, or a decrease in total caloric content amid an increase in the proportion of proteins. Taking into account the results of other studies in the field of weight loss, we can assume that it is the high protein content that is the main factor in the success of this experiment.

The only study of the ketogenic diet among power athletes for a long time is the study of a group of gymnasts for 30 days.

However, the number of participants in this experiment was somewhat limited (n = 8), besides the purpose of the participants was not to lose weight before the competition. Thus, at this point, further research is needed to determine the usefulness of the ketogenic diet in the context of weight loss by bodybuilders before competitions.

Despite this, existing research on the ketogenic diet calls into question traditional views on the role of carbohydrates in maintaining high anaerobic performance. For example, the idea of carbs as the only possible fuel during strength training is widespread, while for short-term heavy weight training, this fuel is intramuscular triglycerides, which, quite possibly, can be an important muscle “fuel” for those who adhere low-carb, high-fat diet.

Nevertheless, one should not rush and draw conclusions that the ketogenic diet may be the best choice in preparing for a competition. In most of the studies we reviewed, reducing the proportion of carbohydrates in the daily diet led to a deterioration in training performance and an undesirable reduction in lean body mass.

In general, based on the available data, it is recommended to avoid excessively reducing the proportion of carbohydrates in the daily diet in the context of preparing for competitions. You should take into account the fact that the individual response to a particular diet can be very different.

The proportion of carbohydrates and fats in the total energy consumption of the body of different athletes can vary up to 4 times, due to differences in the structure of muscle tissue, diet, age difference, differences in the training program, the level of glycogen and genetics.

Due to the existence of such differences, in popular literature for bodybuilders, it is often recommended to preliminarily assess the somatotype and/or body structure of an athlete in order to work out a proper diet. However, at the moment there are no data that would indicate that the structure of the bone tissue or the distribution of subcutaneous adipose tissue affects the body's response to a combination of macronutrients in the daily diet of bodybuilders. As in any other sport, in bodybuilding, there are certain standards in the structure of nutrition, which best fit the energy needs in this sport.

In conclusion, it should be noted that for most bodybuilders, our recommendations on the content of fats and carbohydrates in the daily diet will be most suitable, at the same time, there will always be those for whom the best diet will not fit into these standards. To find the optimal balance in the diet, it is necessary to monitor and analyze the results of each athlete carefully.