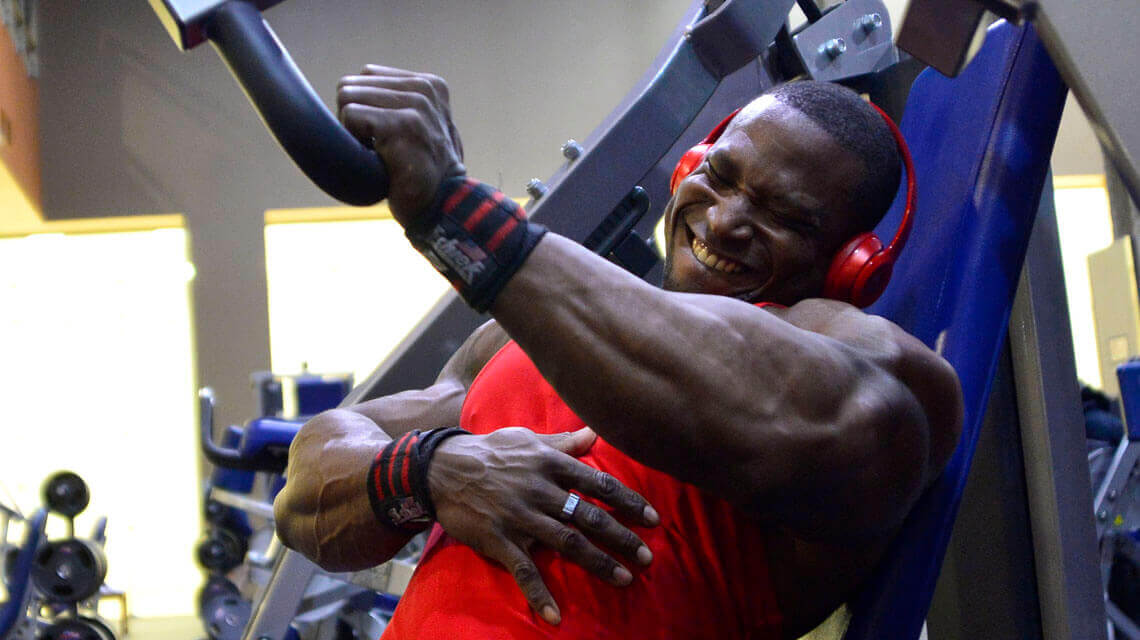 With the rise of the supplement industry, it is much easier now to stay into a workout regimen. If you are tired, bored and have no fuel to hit the gym, there is a miraculous powder that will reportedly give you energy and endurance.

Such supplements are called Pre-Workout complexes. The Journal of the International Society of Sports Nutrition gives the next definition of this supplement: "These complexes are a type of sports nutrition used in bodybuilding, containing a number of components in its composition that make training more productive, and also contribute to fast recovery, muscle growth, and increased endurance."

According to some thoughts, Pre-Workout complexes are enhancing a person's organs to work better in order to have a productive training which accompanied with regular consumption leads to great harm of the body. Let's try to sort out whether it is a myth or not.

Over the long history of pre-workout stimulants, much has changed. The first precursor “Ultimate Orange” was created back in 2004 and was the usual orange juice Tang + pure ephedrine. Then, over time, various forms of creatine were added to the heyday of MuscleTech and its “CELL-TECH”. Then the era of the pump followed: arginine, citrulline, etc. - the period of "No-Xplode".

Then came the era of microdoses. Chemist Patrick Arnold, who develops the theme of prohormones and was in prison due to steroids, introduced 1,3-DMAA to the market and created “Jack3d” together with USPlabs.

A huge role in this market is played by marketing, which promises unearthly effects from a jar of powder: an explosion of uncontrollable power and energy, tearing blood vessels, mad pumping, laser focusing, incredible mental attitude and of course post-training euphoria.

And of course, the label plays a crucial role in order to catch the customer’s gaze, the name of the product associated with psycho-neurological pathology, suicide, the plague epidemic or the end of the world.

The times of boring labels, such as "Jack3d" in the style of a pharmacological drug are in the past. As long as the buyer does not see on the label a cut abdomen with loose intestines and a monster, it is hardly possible to make him pay attention to something else. Some manufacturers are trying to change the altered consciousness of the masses, but so far all their attempts to return the label’s ordinariness are in vain.

The composition of additives of this type usually consists of a large number of ingredients (10-20 or more). The most frequently included are:

Pre-training sports supplements very often combine creatine and stimulants (caffeine, ephedrine, etc.). According to some doctors, this combination can be potentially dangerous, as it increases the likelihood of stroke (especially after the age of 40). At least one case of a stroke has also been reported in a power athlete who has taken these supplements in combination, reported by A.D.A.M., Inc., also known as the American Accreditation HealthCare Commission.

Many believe that the combination of more than two common ingredients - creatine and stimulants, in particular, caffeine, can adversely affect the work of the kidneys.

Creatine is one of the most widely studied ingredients, and there is overwhelming evidence that, in moderate doses, it does not harm the kidneys of healthy adults. Making a meta-analysis of the research, the safety of this substance, when taking daily doses of 5-20g, it can be definitely concluded that creatine is safe to take in the long term without any side effects.

Caffeine and other stimulants are very common and are included in pre-workout supplements. Those who take it get the impetus to exercise. There is no evidence that consuming these stimulants in prescribed doses can damage healthy kidneys. That is, it cannot be said that caffeine and similar stimulants do not affect the kidneys - they are very effective diuretics, so care must be taken to avoid dehydration during exercise.

Nitric oxide (NO), such as arginine, the main ingredients of pre-workout supplements. Nitric oxide is a neurotransmitter that dilates blood vessels. This ingredient increases blood flow to the muscles and organs, that's why you get a pumping effect. The good news is that arginine is safe not only for the kidneys but in fact it is used to treat renal failure by counteracting poor blood flow.

Taurine is another common ingredient in pre-workout. It is a cell volumizer that increases strength and protects against muscle damage. Taurine actively prevents inflammatory processes caused by diseases and injuries, including kidneys, through a number of mechanisms, so pre-workout complexes containing taurine can actually support kidney health.

Unverified information about raised liver enzymes from bodybuilders using supplements comes in regularly, but it has never been tied to a specific ingredient. Preferably, studies have shown that hard workouts themselves can lead to abnormal liver function.

As in the case of the kidneys, the effect of creatine on the liver has been studied scrupulously, and in the overwhelming majority, the long-term intake of creatine within the normal therapeutic range has no side effects. There is even some evidence that taurine and caffeine can be used in curing certain types of liver diseases.

Although control of food or therapeutic products in the United States is quite tight, pre-workout supplements often contain ingredients that have not undergone such control, as the most common ingredients listed above. In addition, herbal extracts are widely used in pre-training complexes. Herbal extracts can vary in the amount of active ingredient or contain impurities of secondary ingredients that can damage the liver.

However, it is practically not possible. Any manufacturer takes care of its product so that it would be of the highest quality. The safest option is to use products made by large and well-known brands because these companies use higher quality checks than smaller manufacturers.

The lion part of pre-workout formulas will be safe for almost everyone, if used correctly, while a pre-workout can temporarily increase heart rate or blood pressure, this should not be a problem for a normal, healthy person.

The case of banning was held with DMAA, a popular stimulant in pre-workouts, after serious side effects were established, including cardiovascular problems and stroke when used incorrectly.
In some countries, yohimbine is also banned, it is variously classified as a fat metabolizer, stimulant and aphrodisiac, it was removed from the composition of pre-training complexes after several cases that caused cardiac arrhythmia. Tight control in the United States, suggests that the use of pre-training supplements, as recommended by the manufacturer is absolutely safe.

Many manufacturers recommend to take pre-training complexes both on the training days and days free from working out, but it is considered impractical both for economic reasons and because of their low efficiency in these days. It is much better to replace them with one-off additives.

While these complexes are safe to take for the majority of healthy people, there are a number of pre-existing conditions that can be exacerbated by the ingredients in these compounds. A good general rule is to consult a doctor or healthcare provider before making any changes in the regime in case of any illness. The doctor will be able to indicate which medications or conditions may interact with the ingredients in the supplement and give recommendations regarding any possible risks. Good health is the basis of athleticism, and should always come first.