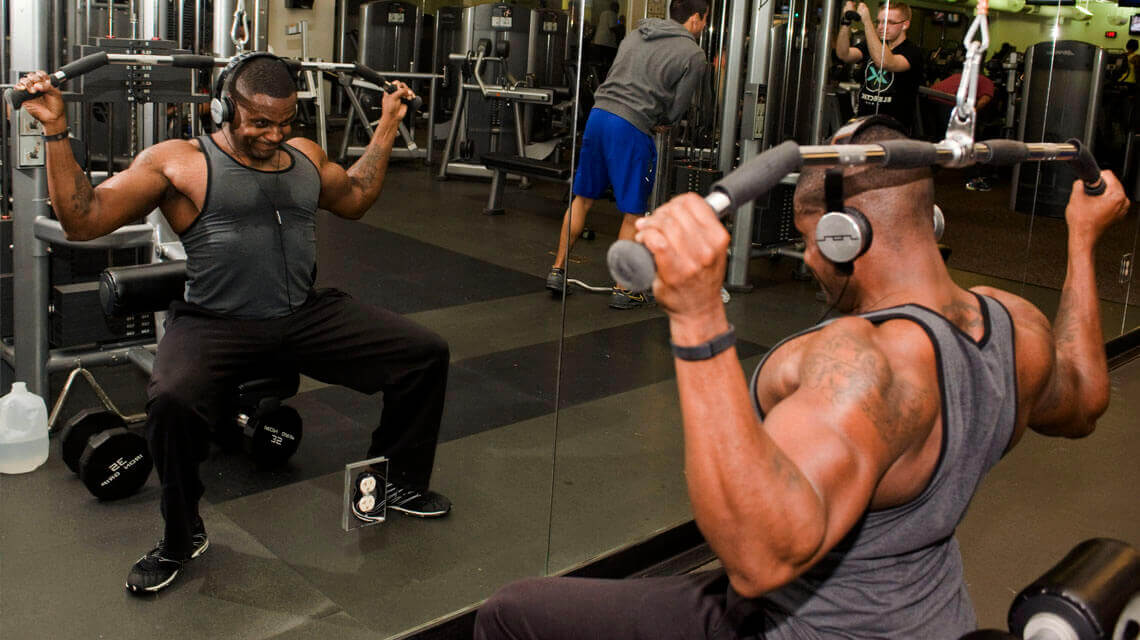 Drop set is a method of strength training in bodybuilding with a decrease in the weight of the burden in one set and performing the maximum number of repetitions of the exercise in a pumping manner.

Different athletes have their own name for this technique. The most commonly used are:

Initially, it was called the multi-poundage system as it was described in the late 1940s by Henry Atkins, editor of Body Culture magazine.

There are also reverse drop sets: increase the weight with each set and decrease the reps.

Frequently, in order to create more hypertrophy athletes use this method which helps them to increase greater muscular fatigue.

In a study performed by Fink, 16 men were split up into two groups and given different strength protocols over six weeks. One group performed a traditional 12 reps with 90 seconds rest in three sets on a tricep pushdown.

Training for the other group consisted of 1 set of 12 that included two drop sets done with the same exercise. Remembering that the amount of training volume across both groups was the same, the results were shocking: the drop set group’s triceps responded with almost two times growth increase after six weeks.

Muscle and Strength reports that in another study by Ozaki, participants were split into three groups and given different protocols over eight weeks. Each participant had either an extended rest while bicep curled a heavy weight with, moderate rest with light weight, or lifted heavy with four drop sets.

Regarding hypertrophy, all groups compared similarly even though it took considerably less time executing the protocol for the drop set group. This case shows that limited time in the gym doesn’t always have to mean limited hypertrophy.

There were no differences between training methods in untrained people. Time under tension and motor unit activation are critical for muscle growth. This study showed that drop sets produce mechanical and metabolic stress necessary for muscle growth.