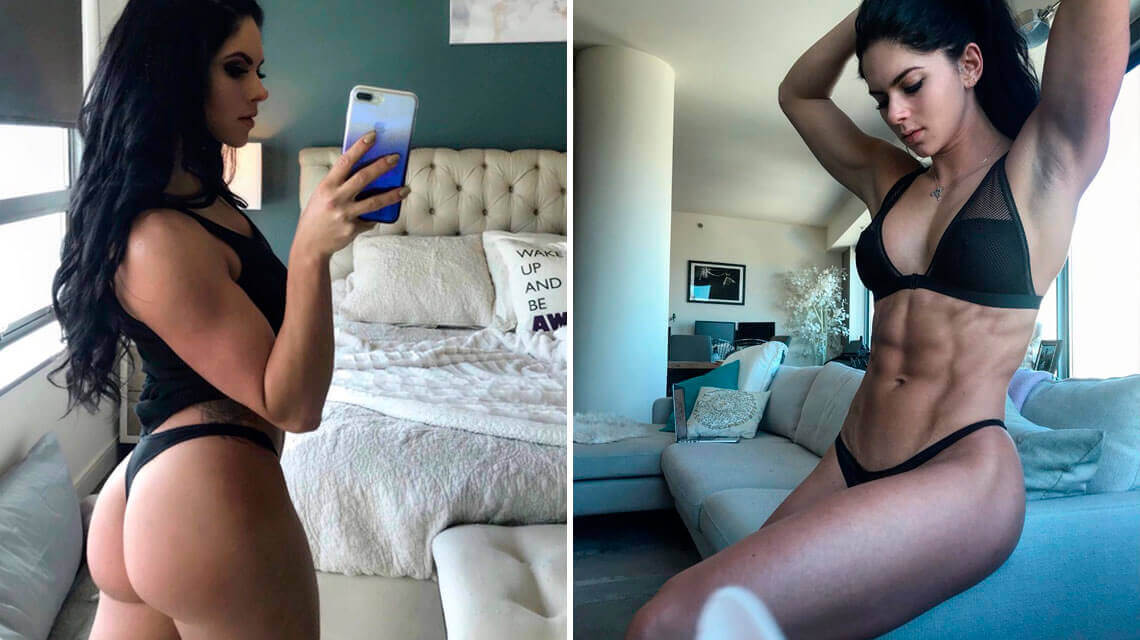 She visited the famous Howard Stern show and became the girl of the year according to one of the editions of Penthouse magazine.

Similar to many other fitness fanatics, when she was a teenager she was much smaller before she decided to dedicate herself to her body.

She began her fitness journey in college, having previously spent years running marathons. With the help of her coach, she was able to tone up her physique, and become “hooked” on the results in the gym.

After about one year, Aspen Rae thought about participating in a fitness show competition. Aspen’s coach was full of encouragement and immensely helped in making her dream come true. She started with NPC bikini shows, achieving impressive results in spite of stiff competition. However, she felt ”unnatural” on the bikini competitions stage.

Due to her muscular physique, Aspen Rae switched to the NPC’s figure division in 2016. Changing to the figure category gave Aspen the much-needed freedom to work hard at the gym, without worrying about excess size. Aspen’s back is one of her strongest body parts, mostly owing to consistent workouts.

Aspen is very fond of various gadgets, she pilots a helicopter and loves cars. As a student, she bought herself a Ford Mustang Shelby. Now fitness model competes in the bodyfitness category of the American NPC Federation and makes money selling her adult videos on her own website.