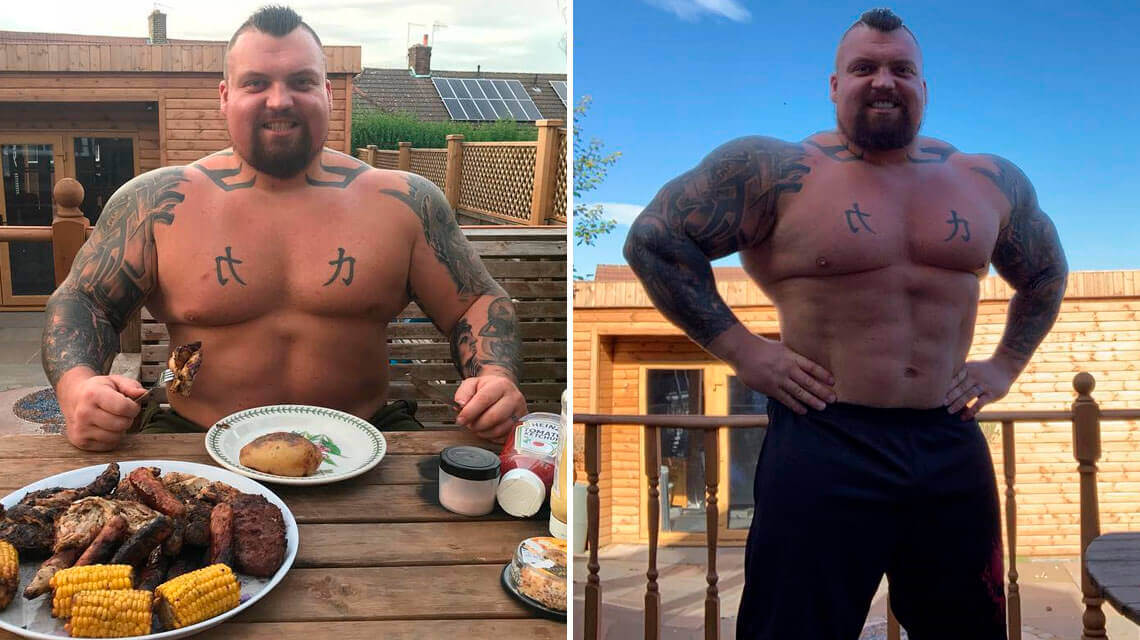 Heavyweight competitors are famous for their big sizes. Eddie is not an exception. Massive 6’3″ weighing in around 410-440 pounds during competition season lifter looks like changing up his philosophy.

The British strongman shared via Instagram that he took his weight from 430 to a lean 373 pounds. In order to achieve such results, he took up cardio sessions.

He’s been doing cardio five times every week that included: boxing, cycling, swimming, and HIIT land training, in addition to the four 2-3 hours of weightlifting sessions.

In an interview after winning the 2017 World’s Strongest Man title, Hall told Sports360: “I’m only 6’3” and put a lot of extra pressure on his body to win the WSM at the body weight of 440 pounds," claiming he isn't big.

“It was so stressful, and I put a lot of pressure on my body to win the World’s Strongest Man, I’m only 6’3, and I achieved a body weight of 440 pounds."

"To put it blunt—if I stay at that weight for so long, I’m going to kill myself. That’s why I’ve had to step it down a peg and lose a bit of weight.”

Eddi Hall was also quick to dismiss the idea of a going back to WSM, saying: “To go back and potentially come second or third would damage me."

"Why would I go back and risk that reputation? I’ve won it, let’s walk away at the top and live the legacy, be a legend.”