Truth and misconceptions about CrossFit 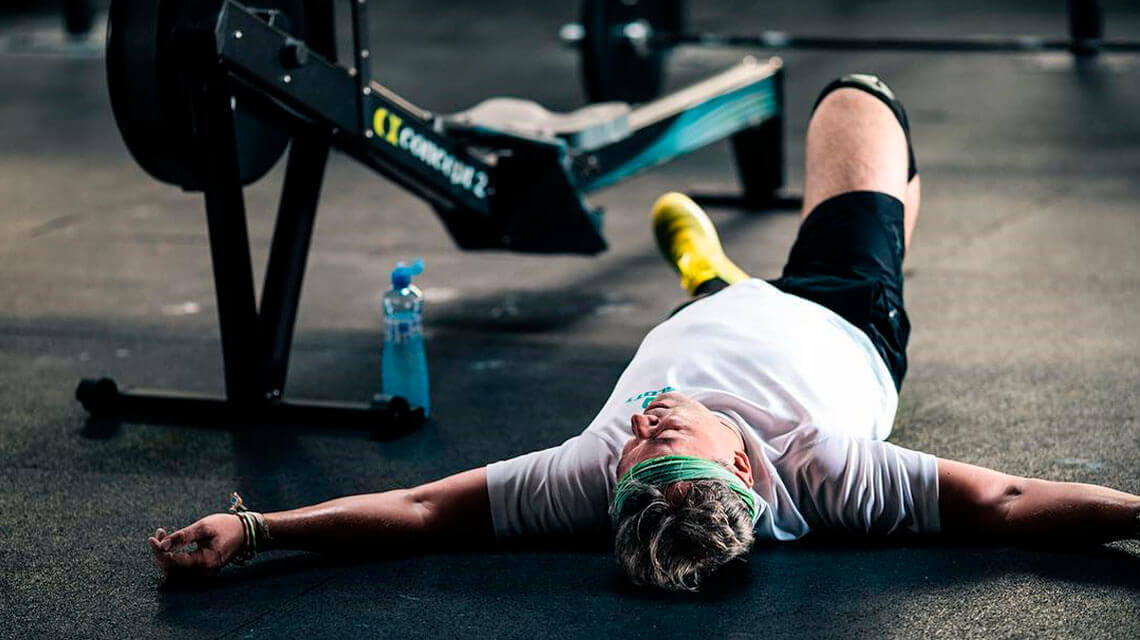 Crossfit is a newly founded branded fitness activity created by Greg Glassman. According to Wikipedia, it is promoted as both a competitive fitness sport and also as a physical exercise philosophy.

CrossFit immediately became very popular. More and more affiliated gyms are being opened through the world, the lion part of which are located in the USA.

Such a passion in doing this activity is explained by the fact that this regimen makes individuals complete daily workouts (otherwise known as "WODs" or "workouts of the day") which consist of a mix of exercises taken from different kinds of sports. That is why according to some sources you never got bored when doing WOD prescribed for you.

If you aren't active enough, CrossFit proposes you to work out from 3 to 5 days per week. Plus, your workouts won't be long and routine as you may have when at the gym. Here your training sessions would cost you about 5 to 15 minutes to complete.

The main exercises include:

Every workout combines explosive exercises done in a circuit format. As far as one movement follows right after the next, with very little rest in between, your daytime would be cleared from unnecessary resting periods every gym-goer has.

However, due to the young age of CrossFit, there are a lot of misconceptions mainly concerning its effectiveness. For example, the study "The influence of nontraditional training modalities on physical performance" conducted by O'Hara found that Crossfit's claimed a body of good medical evidence does not substantiate benefits to physical performance.

So here we'll investigate all the urgent questions to sort out all the misconceptions.

Founded in 2000, this mode of high-intensity functional training is recognized as one of the fastest growing. And the evidence is quite clear.

“Our specialty is not specializing," the words of CrossFit founder and former gymnast Greg Glassman are entirely true to life.

Going at the CrossFit program requires a base level of good physical fitness, which in its turn makes you train harder and more often in order to complete typical WOD.

Every CrossFit workout is supposed with a certain degree of the following muscle soreness for a few days. Which requires you to rest for a couple of days until your muscles are fully recovered.

Passionate CrossFiters do even follow special nutrition developed by a registered dietitian which in its turn causes benefits to athlete's overall health.

This can be accomplished by consuming “meat and vegetables, nuts and seeds, some fruit, little starch, and no sugar," as recommended by CrossFit. It offers lower carbohydrate consumption and higher protein intake than what is recommended for active people by the leading organization for nutritional-based research - the American Dietetic Association.

Due to the shortage of the amount of time needed to complete each WOD, CrossFit may be used as a good way endurance athletes can train with weights while not interfere with their primary objectives.

This regimen isn't the fastest and actually best way to get in shape. Many people willing to become more muscular and healthier at the same time are usually going at it due to its popularity and at first glance simpleness.

Nutting, USAW certified, and a CrossFit Level 1 trainer says: “CrossFit certainly can improve the cardiovascular system, but does that make it the best for improving your endurance race time? No."

“Is it the best for my 83-year-old mother? Not a chance. It would be rare for a CrossFit instructor to know how to periodize (create a schedule of programmed workouts used with athletes preparing for a competition) a program to complement the sport’s already demanding physical requirements.”

Every program should be personalized for the individual, focused on your specific goals and created by a qualified professional as long as it concerns your own health.

Little rest between sets causes fatigue. A mix of exercises from different kinds of sports, peculiar execution technique would be hard to learn even for a well-trained athlete. In total, we receive injury potential.

“Taking the most difficult lifts and doing them for time is a bad combination,” says Tom Holland, MS, CSCS, author of “Beat the Gym” and a Connecticut-based exercise physiologist. “You should stop when your form is compromised – this is called ‘technical failure.’ Injuries are more likely to occur when you keep going.”

A study published in the Journal of Strength and Conditioning Research entitled "Crossfit-based high-intensity power training improves maximal aerobic fitness and body composition" followed 54 participants for ten weeks of CrossFit training. The study said that "...a notable percentage of our subjects (16%) did not complete the training program and return for follow-up testing." The authors said, "This may call into question the risk-benefit ratio for such extreme training programs..."

Some medical professionals have asserted that both the CrossFit methodology and the environment created by CrossFit trainers put athletes at high risk for developing rhabdomyolysis.

One CrossFit spokesman stated that "ESPN's report on the 53 deaths in US triathlons from 2007 to 2013 should have put the issue to rest."

Reportedly, symptoms of rhabdomyolysis depend on severity but can include:

Of course, we can't deny that there are a number of factors that can cause rhabdomyolysis (e.g., alcoholism, dehydration, genetics), but it can also be brought on by extreme physical exercise.

Like everything in our lives and more commonly in sports we need moderation, particularly in everything concerned our health.

Remember that there are no people who can bring your health back. Even certified trainers may make a mistake.

All we recommend you is to investigate the problem and read literature about it before starting any new fitness program, especially if you are not active now.