What LeBron James really eats in a day 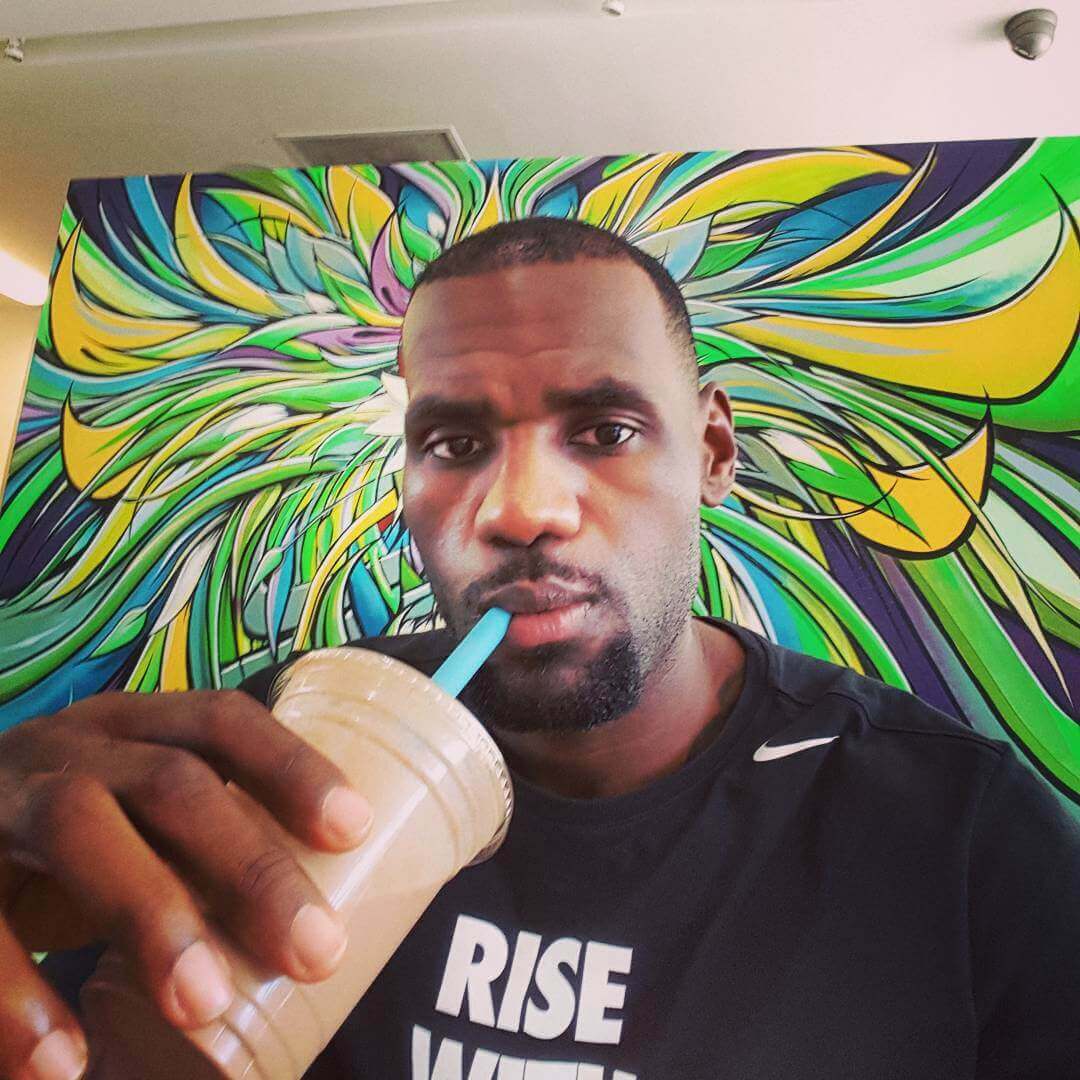 One of the greatest athletes of our days LeBron James thanks his workouts and nutrition for achieving G.O.A.T. status.

There is plenty of information about his diet which depends mainly on what his needs are at the time. Despite numerous articles related to this theme we still believe that his social media posts are the most trustable source to reveal the different nutrition tactics he undertakes.

In 2014, the 6'8, 250 lb. NBA star posted a picture in which he looked noticeably slimmer, which sparked rumors on why did he had switched up his diet.

According to Business Insider, ESPN's Brian Windhorst reported James was on a diet on a podcast with Grantland's Bill Simmons.

Windhorst didn't confirm how he knew about James' diet, but the well-connected sportswriter has been covering the NBA player since his days as a high school freshman in 1999. He said James was probably in "the worst shape he's been in in a while" at the start of the 2013-14 season, and he got off to a "slow start" that season.

About a month later, James himself poked fun at his diet with an Instagram post, and he opened up about it to reporters.

"I had no sugars, no dairy, I had no carbs," the father of three explained during an event to unveil his "LeBron 12" sneakers, as reported by Sports Illustrated. "All I ate was meat, fish, veggies, and fruit. That's it. For 67 straight days."

While on this diet he showed his fans a true dedication to his goals. Proving by a picture on IG he didn't eat the dessert a resort made for him when he was on vacation in Greece.

It isn't still clear which diet he really had stuck to. Whether it was a low-carb one, while others said it was paleo.

Calories before the big game

In 2016, James spoke with Business Insider about how he fuels up before game time. "Before competition for me would be like a chicken breast and maybe a little pasta. The carbs help because you're going out and playing a lot of minutes," he said. "But a salad and some veggies will have me perfectly fine. And before the game, I might have a protein shake and some fruit, and I'll be ready to go."

Talking to Stack, the NBA star revealed that he slightly changes his approach when it's playoffs time: "The thing that I started cutting down is the sugars. When it comes to the playoffs, it kinda slows down the process of recovery. Throughout the regular season, it's okay to have a little bit of it. But in the postseason, optimal recovery—whoever can recover the fastest from game to game is going to put themselves in position to be successful the next game," he said.

His personal trainer, Mike Mancias, provides James' post-game rehydration with a combination of water and carbohydrate-rich recovery fluid. Afterward he eats a meal with high-quality protein and carbs, much like his pre-game meal.

James' average cheat day starts with a glass of wine. He isn't the one who waits for the cheat meal to eat another roasted burger. He told ESPN that he drinks wine "pretty much every day," and former Cleveland Cavaliers teammate Kevin Love mentioned that James "has a supercomputer in his brain" when it comes to wine.

LeBron strongly believes when consumed in moderation, red wine has health benefits, from increasing your levels of good HDL cholesterol to lowering your risk of heart attack.

His another food weakness appears when it comes to pizza. According to MH, the NBA star often indulges himself at Blaze Pizza, as he is an investor, franchisee, and paid endorser of the made-to-order pizza company.