Why do bodybuilders get a "bubble gut"? 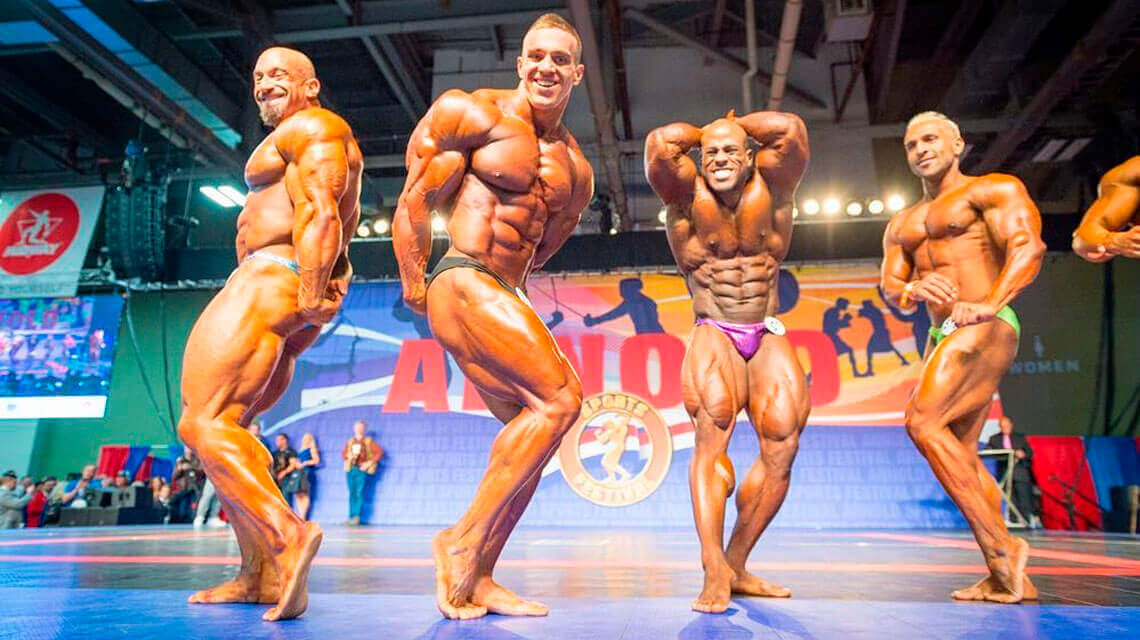 It isn't a trend, and moreover, it doesn't seem like something professionally gained. For example, "cauliflower ears" which fighters tend to left after breaking them, is a distinctive mark for such sport like MMA.

But who really wants bodybuilding to be associated with bloated midsection?

Looking at the last decade's athletes, we can see even Olympia lineups of the greatest athletes who aren't hiding their falling out bubble guts.

According to the “Anabolic Doc" Dr. Thomas O’Connor, the bubble gut is a result of drug use - specifically insulin and Human Growth Hormone (HGH) - in tandem with a high-calorie, high-carb diet.

“It’s not steroids, per say,” O’Connor says. “Steroids have been used back in the '70s, '80s, and '90s and you didn’t see the bubble guts. So, what happened? The bar rose. Competitors all take in more insulin [a substance used to increase bulk, which can cause bloating], HGH, and calories—upwards of 10,000 calories a day and 1,000 grams of carbohydrates.”

What about the dosage of these drugs, O’Connor said to Muscle&Fitness that competitors can take more than 10 IUs (International Unit) of HGH, which is five times more than the standard 1-2 IUs—or less—prescribed at anti-aging facilities.

A lot of BB-lovers name this phenomenon as “HGH Belly,” a term coined based on the notion that HGH grows their innards, pushing out the gut. But I wish everything was so simple.

“It grows the mesentery, the gut tissue itself, and it grows the muscles in your abdomen," says, O’Connor, stressing that HGH by itself is not the cause.

“A lot of people think growth hormone is going to increase the size of your internal organs which bloats the waistline,” says Dorian Yates, a six-time Mr. Olympia (1992-97), in an interview with Joe Rogan in July 2017.

"So I went and had a battery of tests where they actually measure all of your internal organs and mine were all normal.”

“[Gut growth] is multi-factorial,” O’Connor adds. The main factors are:

But looking at Shawn Rhoden, we can see that it's quite real to gain without bloating.

“It’s a dose-dependent phenomenon,” O’Connor says. “None of the classic physique guys have bubble guts. They may use a little HGH and insulin, but they’re not getting that big.”

The key is that guys with bubble guts don't keep the simple rule of moderation. Their waistline increase is likely a result of too many drugs, too much food, and too many carbs. And all of that is in the pursuit of more size. But who really cares of the size when your stomach goes in front of you when you relax your abs.