Why is calisthenics so popular? 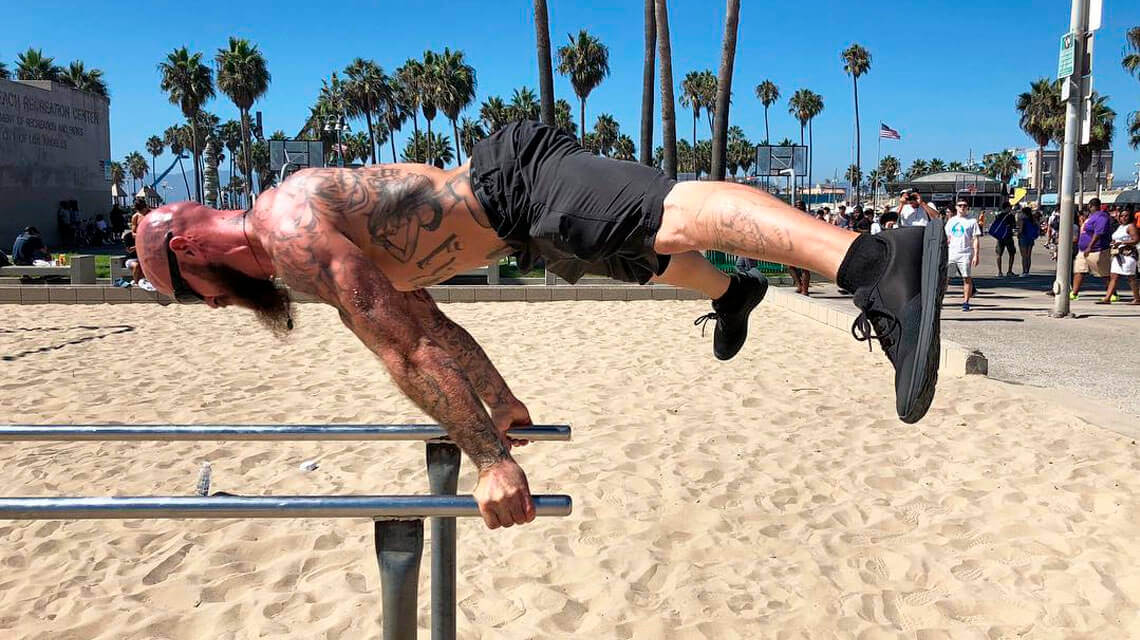 Training with weights was always popular. However, when it comes to training outdoors and even indoors, it's hard to have a traditional training session without all the necessary equipment. Here we have calisthenics.

Surfing through the internet, we found out that this definition isn't so popular as viral tricks of the athletes actually doing calisthenics.

Calisthenics (also known as Street Workout or Ghetto workout) is a method of physical training, which uses exercises to overcome the weight of the body of the trainee. Calisthenics includes performing various exercises on street athletic fields, namely on the following projectiles: crossbar, parallel bars, wall bars, etc., or without using them at all (on the ground).

The main focus is on work, implying the overcoming of the weight of one’s own body, which is carried out to bring up power abilities. People who are fond of such training, call themselves differently: workouters, street (yard) athletes, etc.

But the fact stays the same. Calisthenics is more spectacular than lifting weights. That is why it is coming more and more popular day by day.
Horizontal bars and parallel bars began to be actively established in the courtyards and school grounds, mainly in order to promote a healthy lifestyle for young people. Even then, many guys began to be interested in and actively engage in sports fields. It is also worth noting that not all countries can find such sports equipment installed on the street.

In the 2000s, with the development of the Internet, the exchange of information between different countries also increased. Amateur videos began to appear on one of the video hosting sites with special workouts on the street (Street workout). Some of which were called ghetto workouts (Ghetto workout), which is probably due to the fact that they were laid out by black-skinned living in the so-called ghettos. Some videos have caused great interest among young people around the world.

Over time, this method of physical training began to show more and more followers in European countries. Many young city dwellers paid attention to this enthusiasm; they began to actively build special platforms, with all the necessary sports equipment and elements, for a good “street workout”. This type of training is also called "street fitness" or simply "street workout."

Today not only specularity brings new admirers to this sport. Proven health benefits are also the advantage which makes parents to make their children do calisthenics.

The study conducted by scientists from the Sport and Exercise Sciences Research unit at the University of Palermo, Italy took 28 men and divided them into two groups.

The first group practised calisthenics for 8 weeks, while the other one continued with their normal workout routines.

The results were quite predictable. Those who trained calisthenics had significantly improved their posture and lowered their fat mass.

What's interesting is that their number of press-ups and pull-ups they were able to do had increased, but their calisthenics training didn’t include these specific exercises.

On the other hand, the group of normal training routines didn’t show such an incredible leap in their fitness.